Pandawa Beach which is locally called ‘‘Pantai Pandawa’’, is a great addition to the collection of gorgeous beaches of Bali island. It is located in the southern Bukit Peninsula of Bali island. The fine coastal stretch is administratively situated in the village of Kutuh, only about 8 kilo meters from the center of the BTDC complex in Nusa Dua. The beach is sort of hiding behind large carved limestone cliffs that reveal wide views to the Indian Ocean. Pandawa Beach was also once called ‘‘Secret Beach’’. It was officially opened in 2012 since then it has gained fast popularity among domestic tourists and international visitors. 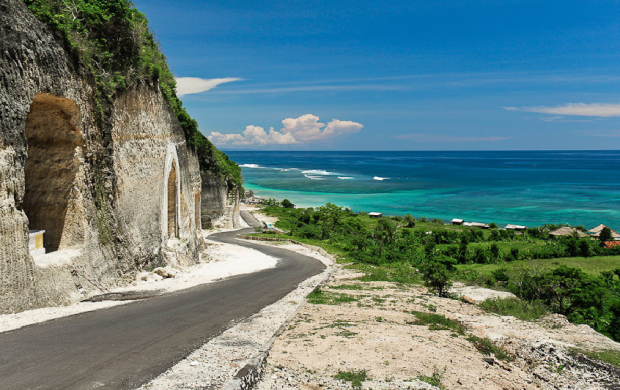 Its impressive natural sea panorama of white sand, blue sky and surf, as well as terrain and manmade limestone features that serve as a distinctive welcome into this coastal area. Huge cliffs were cut through to make way for its winding and smooth asphalt roads which lead down to the beach. Both sides of the road remain as high walls, while the ocean-facing cliffs midway down the slope feature deeply carved arches installed with large statues. All of the statues depict the hero characters from the Mahabharata epic that have been well-known as “Panca Pandawa” or the five Pandawas. Because of this, then the beach is called Pandawa beach.

Totally, there are six white stone statues dressed in colourful Balinese clothes , namely Dewi Kunti, the mother figure from the epic, and the five heroes: Dharmawangsa or Yudhistira, Bima, Arjuna, Nakula and Sahadewa. There is also a single empty arch which seems to be a place for another planned character from the epic of Mahabharata. It is either the heroes’ father, Pandu, or his second wife whose name is Madri. You can take pictures here, both against the statues and to the fascinating distant horizon and the stretch of Pandawa Beach which is about 250 meters down from this spot. 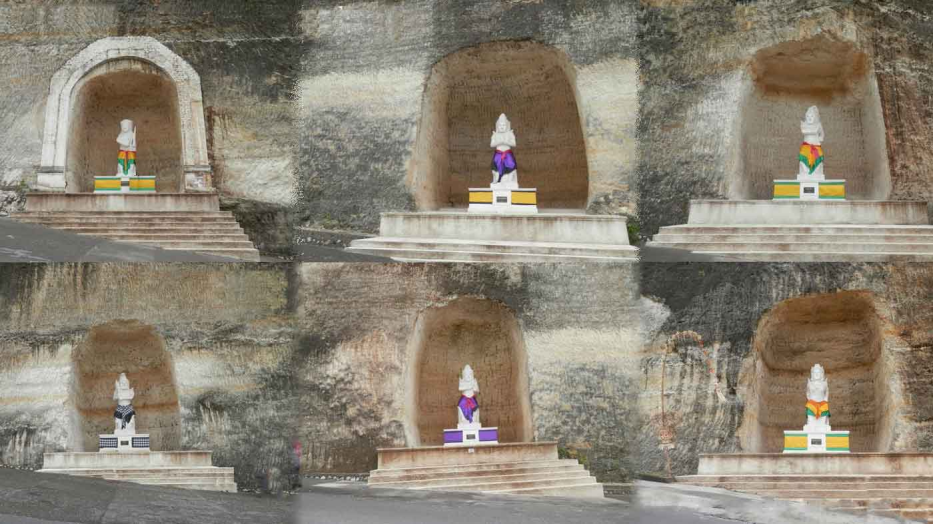 The road from this spot then branches into two directions toward two different parts of Pandawa Beach. In the eastern part there are local stalls which sell snacks and refreshments, and they are parasol-sun shaded along the coast. In the western part of the beach, you can enjoy a clean and longer stretch of sand, with a number of water sport activities and gear rentals, cafes, and stalls that serve anything from grilled seafood and local cuisine to western foods such as sandwiches and burgers.

The water in Pandawa Beach is an exotic combination of blue and green colors, as local seaweed farmers still do their activities along this coastal area. On bright days with gentle winds, it is a great place to swim, or you can rent a sea kayak, put on some life vests and row out for fun, and even pick up a surfboard to catch a wave beyond the reef breaks. However, waves are usually consistent with the strongest southern ocean currents moving out in unpredictable directions, so it is only recommended for advanced surfers. It can be said that this is one of the exotic beaches to retreat to during your stay in Bali.