a Water Palace In a Delightful Setting in Eastern Bali

The so-called “Taman Ujung” water palace, with its complete and official name of “Taman Sukasada Ujung”, is situated in Seraya village in Karangasem regency. It is the sister site of Tirta Gangga which was also founded by the late King of Karangasem. The area complex consists of various large pools and historical structures which were set against a backdrop of Mount Agung and the eastern coastal lines of Bali island. 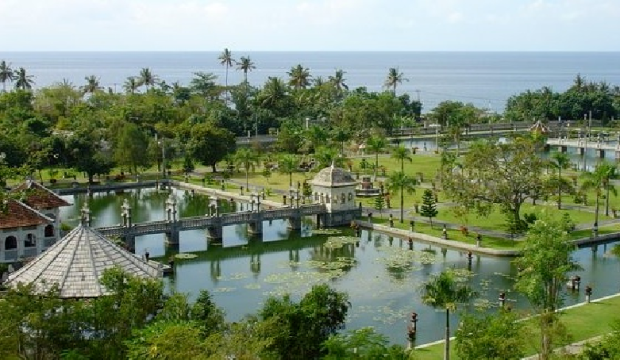 In 1963 the site of Taman Ujung suffered near demolition by showers of hot ashes that follow the eruption of nearby Mount Agung. In 1979 the site also underwent an earthquake. Restoration efforts throughout the decades have been made to its current magnificent beauty, and it continues to attract both domestic and foreign tourists.

Taman Ujung complex has a composite of Balinese and European architecture throughout three large ponds which are connected by long fascinating bridges and pathways. The physical features and superb mountainous backdrop to its north, and sea to its southwest, make it a favorite site for pre-wedding and artistic photography activities. 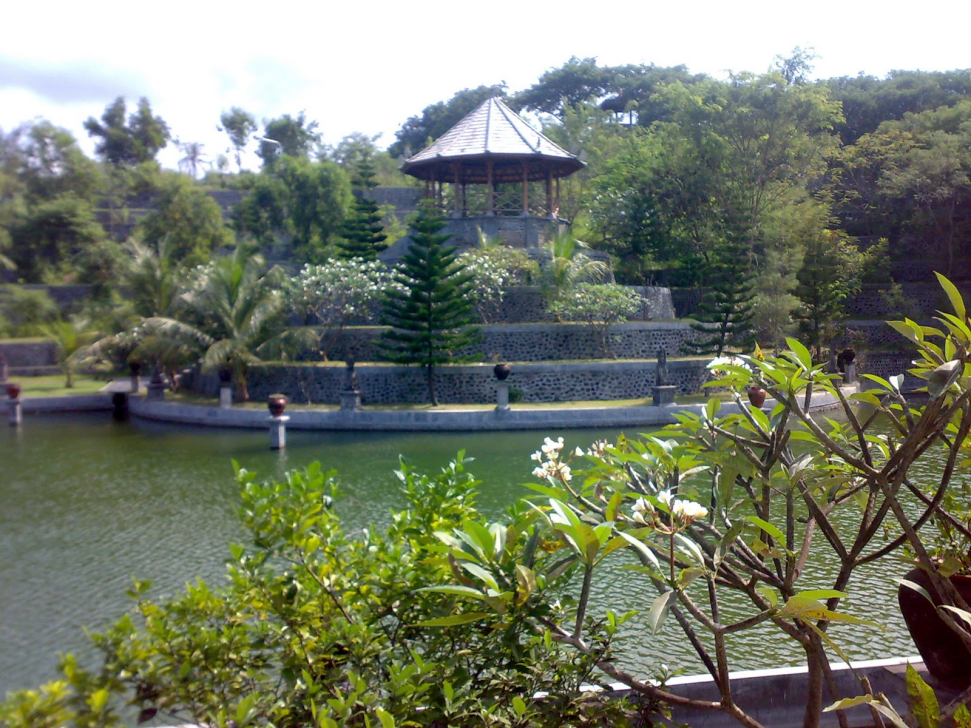 The word ‘Ujung’ means extremity in Indonesian language. This often makes it easy for local people to describe its location as one of the largest historical landmarks and places of interest in the most eastern part of Bali island. The whole park covers around 10 hectars of land which is situated about 11 kilo meters southeast of Amlapura, the capital town of Karangasem regency. The establishments of Taman Ujung were first laid out in 1919, under the rule of the King I Gusti Bagus Djelantik who was more well-known by his noble title, ‘Agung Anglurah Ketut Karangasem’.

The complex of Taman Ujung went through a series of expansions and pool additions around a single existing pool. The single pool served as a site for punishment of accused proponents of black magic or Balinese witchcraft called ‘pangiwa’ and ‘leaks’ instead of as a royal bathing place. This pool was called ‘Kolam Dirah’ and was said to have been built during the rule of the previous king of Karangasem in 1901. The Dirah pool is situated in the southeastern corner of the current layout and takes its name from the witch queen of the Calonarang legend.

Two subsequent pools were built adding to Dirah pool. A number of resting pavilions, the king’s meditation quarters, and Taman Gili floating pavilions were also built. The complex then switched its purpose to serve as a retreat and a place to welcome very important guests on their visit to Karangasem kingdom.
During the Dutch colonialism of Indonesia in 1921, Taman Ujung was officially opened to the public and known as a royal water garden complex. 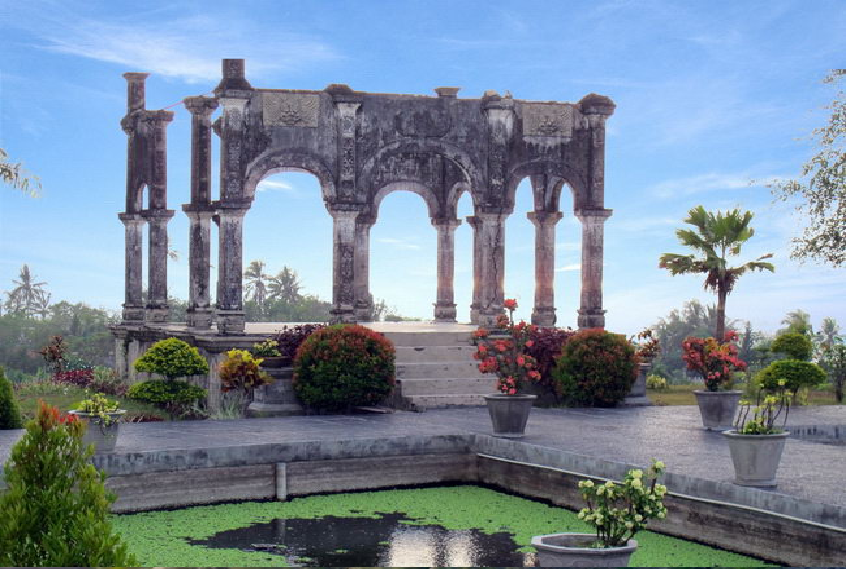 Combinations of Balinese and European architecture can be proved through its ornate pillars, statues, garden and pool features. Additionally, much of its scenic attraction is because of the blend of manmade structures amidst natural panoramas. To the southeast from the complex is a range of hills which is known as Bukit Bisbis. In the south is the namesake Ujung Beach with its blue horizon. An expanse of green rice paddies lies to its east, while in the west of the complex are residential housings.

To the northwest of Taman Ujung there are a number of cottages which are meant for overnight visitors. A temple known as Pura Manikan is also located in the complex of Taman Ujung. A revered water spring is used by devotees and pilgrims here.

Nowadays Taman Ujung is open to the public. It is recommended that Visitors to the eastern parts of Bali visit Taman Ujung along their tour itineraries. This gives them memorable and scenic photo opportunities with the unique architectural features of Taman Ujung. A favourite lookout and high vantage point is at one of the ‘warak’ pavilions which was built on an eastern hill that is accessible from a five-minute drive uphill from the site.